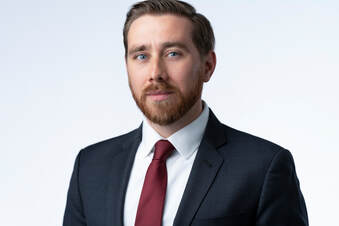 Benjamin R. Farley is a Foreign Affairs Officer in the Bureau of Counterterrorism at the U.S. Department of State. For four years before rejoining the State Department in August 2021, Farley represented Ammar al Baluchi, one of the five defendants facing capital charges before the 9/11 military commission at Guantanamo Bay, Cuba, as a supervisory trial attorney and law-of-war counsel at the U.S. Department of Defense, Military Commissions Defense Organization. Farley originally joined the Department of State as a Presidential Management Fellow in 2012. Between 2013 and 2017, he served as a Senior Adviser to the Special Envoy for Guantanamo Closure. Farley is also a professorial lecturer at the George Washington University, Elliott School of International Affairs, where he teaches a course in public international law.

A Term Member of the Council on Foreign Relations, Farley earned a J.D. with honors from Emory University School of Law, where he was editor-in-chief of the Emory International Law Review. He also holds an M.A. in international affairs from the Elliott School of International Affairs. Mr. Farley has published on topics including sovereignty, statehood, international humanitarian law, and constitutional law in various law, policy, and popular outlets such as The Atlantic, the Michigan Journal of International Law, the Fordham International Law Journal, and World Politics Review.
Proudly powered by Weebly